Skip to content
This article contains affiliate links. If you make a purchase after clicking on a link we may earn a small commission at no extra cost to you! Our content published after various means of research and and not influenced by commissions.
5 / 5 ( 3 votes ) 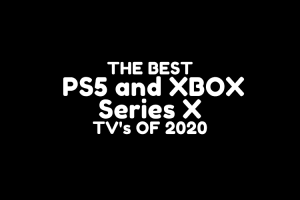 Two years ago we wrote a guide for ps4 pro tv’s; Now the new console release is in the corner, let’s find out what’s the best tv for PS5 and xbox series x. The ideal choice is 4k hdr TVs with HDMI 2.1 ports.

We’ve already mentioned that the most significant change is HDMI 2.1. We are updating and covering the biggest HDMI 2.1 tv list here. and the HDMI 2.1 cables you should have as well.

Out of this, we’ve selected a few TVs that are compatible and highly recommend with PS5 and as well as good for XBOX one X. Why?

* VRR support, which will smooth out gameplay where it cannot match the fps to a locked 60Hz or 120Hz output,

* eARC allows for PCM 7.1 audio over HDMI from TV to the audio receiver but needs a new eARC sound system.

If you don’t care about all these. Get a B8 or some other tv’s

If you care, Without further ado, let’s look into beautiful futuristic TVs.

And again for the 3rd consecutive year, LG leads the pack with their OLED tv, and the best out of it for a gamer is 65CX. No fake FRC. It a fully 10-bit panel display that supports VRR of range 40HZ-120HZ. The peak brightness for HDR is now 750nits. And the input lag is 13.2ms. CX also supports VRR and ALM and all the goodies of HDMI 2.1.

LG’s 2019 series only supports HDMI-VRR as part of the HDMI 2.1 spec, which is not compatible with FreeSync or G-Sync! And we saw someone over Reddit asked the tech support ‘will the c9 get an update for freesync? And the answer is no plans.

What about burn-in issues? It seems it’s very negligible compared to the initial years and they have some preventive measures built in it as well. https://www.lg.com/us/experience-tvs/oled-tv/reliability

This is Sammy’s answer to 4k resolution. 8K native !!! and also Upscales to 8K resolution (7,680H x 4,320W/33.2 megapixels). This is somewhat in alignment with the display output of consoles.

VRR Freesync is supported and a whooping 2000 nits. And straight game mode takes the input lag to under 10ms. In a nutshell, we have HDMI 2.1 with support for 8K, 4K/120Hz, eARC (enhanced audio return channel), VRR (variable refresh rate), and ALLM (auto low latency mode).

It’s disappointing that we do not have a 48″ version mostly because they are targetting 8k resolution, which is absurd at 48″ seems the right decision.

The initial news was which is dumb that the company behind PS5 is not adding HDMI 2.1 into their tv’s. However, later, sony clarified that X900H is HDMI 2.1 compatible. What’s even dumber is PS5 is released this year with 4k@120hz support and saying no HDMI 2.1 ports on all their TVs is absurd.

We’ve also Z8H, with the HDMI 2.1 connectors 8K@60Hz or 4K@120Hz signals, can be transmitted. One of the connectors also has the HDMI eARC function. It is unclear whether the Z8H will receive an update for ALLM and VRR.

However, the X900H is the trump card of sony for the ps5 with full HDMI 2.1 range, and ALLM and VRR will be released as an update later.

That’s it, folks! This is it. We’ll add if any new one comes out of nowhere, which is very unlikely because the best are shown at CES and new ones are likely next year 2021. Also, it’s worth mentioning that most game developers aren’t even thinking about 4k at 120 FPS. They even struggle to get 4K 60fps and not to drop fps. 120FPS is far far away. So, yeah we hope that this short guide will help you when buying the next tv.